Robin, Dream Jobs, and ya, I delteted my two previous posts

So earlier I posted about my friend Robin and her health issues. Well, her health actually got worse. She had to have another major surgery and stayed in the hospital for 21 days. Thankfully, she is at home now and on the mend. She is still really weak and can't really take care of her children- luckilly her mother-in-law lives nearby - but told me today she is "grateful to be alive". Her statement really struck me. Earlier this week a teacher at the school my Mom works at was killed in a car accident on the way to school. My mom noticed he was born on the exact date I was - he would have been 29 next week. These two incidents have really made me take on a different perspective towards life. Life can be short and it can throw you some curve balls, but it is a gift to be appreciated and enjoyed.

Speaking of enjoying life, yesterday I went to a training class to be an Art Masterpiece Teacher for Harrison's class. This class was awesome, I learned so much about art - which I never had an interest in before! I loved it. I also loved the whole experience of going to "school". I loved school, escpecially college. I know I am a nerd, but I love taking notes, thinking, and learning new things. My dream job would have to be being a professional student. So, what is your dream job? I would really love to know.

And finally, I did delete the previous two posts, just because I don't want to dwell on that unhappiness. I appreciate everyone's advice! Also, in case anyone was wondering, we are not doing carpool and everything worked out fine. I used the truth - honesty is the best policy.
Posted by Jennifer Smith at 12:25 PM 5 comments:

.....Jenny is going off of the hooch (aka Diet Coke). After a lot of consideration, I have decided that I need to cut this addiction from my life. The next few days are going to be very hard, you all might want to steer clear of me!! Don't worry, I don't have much planned, so I will be a recluse until I am done withdrawing! I know that I will feel much better in a few days. I've quit before, I can do it now. This will be the last time too. It is not worth it to start again.

On to other things, Becky, I commented on the cupcakes below. I took pics, so I will have to post them later. Our cupcakes don't look great, but we had a blast making them. It brought back memories of when Todd, Brennan, and I made and frosted sugar cookies on Christmas Eve a long time ago. They looked just awful, and we put them on my uncle and aunt's doorstep - they lived just across the street from my parent's at the time. We didn't know that my Mom was there when we did this. So when she came home she was all excited to tell us this story about how someone put these nasty cookies on their doorstep and took off. They all thought that either, little kids made them or someone did it to be mean. They were afraid to even eat them! We were dying laughing as she told us this story. It has been a source of laughter ever since. So this Monday, as we were making these cupcakes, I said, "Todd, this reminds of the time..." He stopped me and said, "I know!!" I almost wet my pants I was laughing so hard. Oh well, they sure taste good!!
Posted by Jennifer Smith at 7:07 PM 5 comments:

It's Time to get your Craft On!

So today was my ward's Enrichment Night, which was a Super Craft Night! I signed up for many more crafts than I could do in one night. So now I have a lot of stuff on my to do list. But, I am so excited! These crafts are going to make wonderful holiday gifts. Oh and they also had a class on frosting and decorating cupcakes. It was so fun and it gave me a ton of ideas. Watch out Harrison, Alyssa, and Todd...we are going to have a cupcake-a-thon!
Posted by Jennifer Smith at 10:08 PM 5 comments:

We had a great day. Sleeping in is always fabulous. Watching General Conference was very uplifting. After conference, I attempted to clean house while Todd went with my Dad and brother to the Priesthood session. As I was mopping, my Mom rang the doorbell and saved me from housework! We went to dinner at Wildflower. Then the "boys" called us and came to meet us there. It was a lot of fun to just hang out with my family. My kids were pretty good, well, they do love their Grammy, Pappy, and Uncle!
Posted by Jennifer Smith at 9:47 PM No comments:

I have to do a mommy gush right now...Harrison read an entire book today! It is, "The Foot Book", by Dr. Suess. I love Dr. Suess. Anywway, I am so proud of him. What a smart kid. He is now in his room, supposedly sleeping. I went in there a few minutes ago and he had the closet light on and he was reading. This brings me back to my childhood. I used to do that too. I loved reading and still do. It is so exciting watching him grow up and learn new things. Go Harrison!
Posted by Jennifer Smith at 8:13 PM 3 comments: 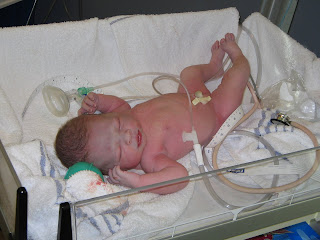 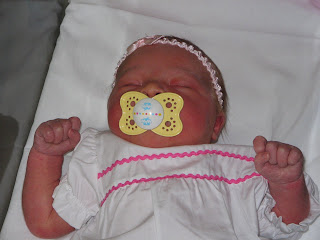 Alyssa is two today!! I really can't believe it. The time has gone by so fast, yet so much has changed. Two years ago Todd was in his third year of law school at UNLV and working part time as a lawclerk. We were living in a small, two bedroom apartment. Harrison was so little, he wasn't even in preschool yet. I could keep a clean house - 960 square feet had it's advantages! Lyssa was cute as ever, well some things haven't changed! I feel so blessed that Alyssa is my daughter. I always wanted a little girl and she has exceeded my expectations! Thank you to all of our friends and family for such nice and thoughtful gifts. We love ya!

Also, a Robin update...her husband called and it is good news. She is doing better and may be out of ICU by Thursday. If things keep going well, she may be home this weekend! 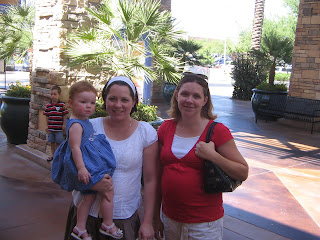 My best friend from Las Vegas is very sick. Her husband just called Todd to tell us that she has been in the hospital for four days in critical condition with an infection. She had a baby a few weeks ago by c-section. I remember that she told me she caught a bug from her two year old twins before she had her new baby. She thought that this is why she was sick. She told me that she was ok though. So fast forward to today, and you know the rest. I am so scared. She was my rock while Todd was in law school. I could call her and talk about anything and she made it better. She was the one I called at 2 am when I was in labor with Lyssa, she said bring Harrison now and I will pick up your Mom from the airport for you. She has four kids and a sweet husband. She has gone through so much in her life and has always been an example to me . She has to be ok. Please pray for her to recover.
The picture is us this summer. She has family in Phoenix and came to visit.
Posted by Jennifer Smith at 10:19 AM 5 comments: